Primary schools across the district are being encouraged to take part in a campaign aimed at supporting the mental health and wellbeing of children.
Healthy Minds apprentices in the Bradford and Keighley region perform a piece about kindness and its effect on wellbeing

The ‘Kindness, Compassion and Understanding’ (KCU) campaign will help pupils in primary schools to make a conscious effort to be kind and empathetic to their friends, family, peers, and people in their communities.

The KCU campaign is being delivered by a set of young people from across Bradford District and Craven, called KCU Ambassadors. They have created an exciting movement at addressing issues around discrimination, loneliness, poverty and prejudice, which can all be linked to bullying.

This can have an impact on the mental health and wellbeing of children and young people.

All the KCU ambassadors bring a wealth of knowledge with them. The ambassadors are made up of the current Healthy Minds apprentice team and previous team who founded the KCU project, now project workers, who have a distinct role in educating children and young people to look after their mental health and wellbeing, and how to access support by visiting the Healthy Minds website.

Mr Backhouse, who teaches Year 1 at Foxhill Primary School, Queensbury, said: “KCU is a brilliant resource and would recommend this to other primary schools in the district. The pupils were fully engaged in the workshops, and this led to more sessions within the school which were delivered by the teachers.

“The KCU workshops were delivered to all year groups at Foxhill back in November 2021, which the pupils enjoyed, and they were able to apply their learning in school but also outside of school. The feedback from staff was positive and we are excited to be able to work with KCU again, not only on the KCU campaign but other projects that they have coming up.”

Teachers from KS1 and KS2 at Shirley Manor Primary, Wyke, said: “The KCU campaign was delivered to Year 5, Year 4, and Year 6 pupils, they liked how it was delivered by young people as this helped them react well to the content and the pupils were able to take share this with their parents. The KCU workshops were positive and upbeat as they helped to reinforce a lot of the messages we’ve been putting across in assemblies."

Isha, KCU Lead Co-ordinator/Ambassador, said: “Having been a Healthy Minds apprentice last year has helped me prepare for this role as a KCU ambassador. We know bullying can really affect a child’s or young person’s mental health, and it’s important that we talk about some of these issues.

Talking to the pupils at the primary schools that we’ve visited, some of them don’t realise the impact it has on someone’s mental health, what may seem like a joke to them or a bit of a laugh, may really upset someone. We want them to think and behave differently so that they can be kinder and help someone where they can whether that’s at school or within their community. 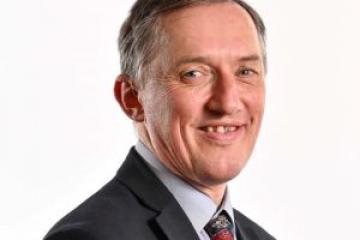 “We’re also in the process of piloting the KCU campaign with nursery and reception pupils, where we’ve had to tailor our resources specific to this young audience and the feedback has been really positive so far.”

Michael, Healthy Minds Apprentice Line Manager, said: “Over the past year the KCU campaign has been delivered to around 3,800 pupils in primary and secondary schools across the Bradford and Craven district since March 2021.

"Due to COVID restrictions the initial rollout was digital. However, this year’s school term 2021/22 the KCU campaign is specifically focussing on primary schools and face-to-face delivery, with over 550 primary school pupils benefitting from KCU workshops so far – a further four schools in BD4, BD12 and BD6 have booked for March delivery.”

David Sims, pictured, Medical Director at Bradford District Care NHS Foundation Trust and Senior Responsible Officer for the Act as One Children and Young People programme, said: “The KCU ambassadors have done brilliantly in engaging with pupils and having those difficult conversations in a way that they can understand.

“The advantage to the KCU campaign is that pupils can take that learning home and into their communities. We want pupils to enjoy their time in school, a place where they can learn, nurture, and have fun, not a place where they’re getting bullied which can have long-term impact on their mental health.”

Primary schools interested in having the KCU campaign delivered at their school can email Michael Davis at michael@healthyminds.services for further information. 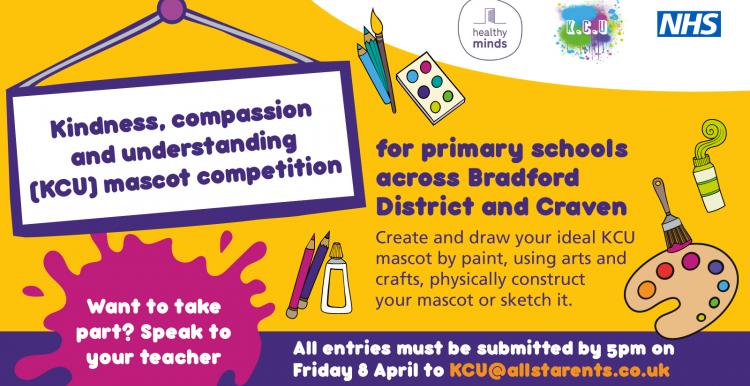 All primary schools across Bradford District and Craven can now take part in a kindness, compassion and understanding (KCU) mascot competition.

It's an opportunity for pupils to get creative and put together a mascot that spreads kindness, compassion and understanding. Give your mascot a name, write a couple of sentences or paragraphs on the mascot’s personality, its hobbies, what does it like and dislike.

Closing date for the competition is Friday April 8 and the winning school will receive book vouchers as well as the winning individual or groups receiving a prize.

Looking for information about health and care?

Find advice and information to help you stay well and make decisions about your health and social care support.